Well I tried to make the free apps work.
GIMP, Inkscape, Krita, etc.  But after reaching out to a few game manufacturers it seems like InDesign is one of the better ways to save the best quality file images.
The PNG/PDFs I was creating with Inkscape were just not the same definition/quality that they would need.  And I find that when working with artists they often use adobe products/files, which makes importing their art/icons/template suggestions much easier.

I have tried the 7 day free trial for several days now, and I do love the program so I will end up paying the $20USD per month to have access to ID and PS.

Now that I do, its time to get back into re-designing every single card I have... A long process indeed.

Also, I came up with another idea for the future state of the game... but it involves a game board.  Was trying to stay away from the board at first, but now I realize that my map of Novus can actually be the board, and players will travel across it to reach the different locations, thereby invoking a sense of control over their character destinies (instead of the random card drawing that was happening).

One more thing... Battle mechanic needs to change based on a few players thoughts that combat was too quick, and too static.  Given that the game is based on DnD, I am going to incorporate D20 rolls into the game.  Not 100% how yet, but my initial thought is that each combat consists of 3 attack "rounds" in which the player and creature roll a d20 (the acting player can just roll two different color dice).  They each add their combat modifier(s) to the rolls to determine who wins the round.  Whomever wins two out of three rounds wins.  AND a player may choose to escape in mid combat (ie after the first or second rounds).
This creates more interesting and interactive battles, the chance for Tragic Fails or Epic Strikes (rolling a 1 or 20 on the die), and allows the rare chance for goblins and rats to win a battle against a powered up character.

Lots of thinking and suggestions today, a shout out to Jon Mott from the US who took 30 minutes of his day to chat with me on the phone about his playtesting session with his friends!  Thanks very much Jon, greatly appreciated.

Pics are of InDesign, and a few new card visions.. 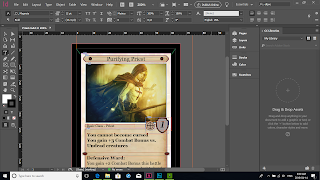 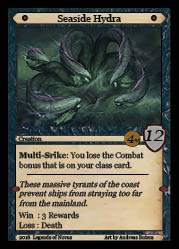 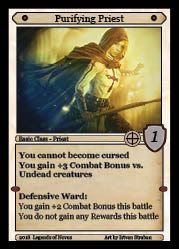