First, how was the competition?
Pretty substantial.  Before I launched my game there were about 6 titles launched in the tabletop boardgame category.  After I launched, within another 2 hours, my game was no longer on the front page of the New section, as another 6-8 games had launched afterwards (which pushes you down the New list).  2 of those games were a similar theme as mine (fantasy adventure).

How did you do on launch day?
Day one resulted in just over 100 backers, and just over $5,000 CAN (about $3,500 USD).  For a very new person to the industry, and someone who has not been to any major conventions, I felt this was a reasonable result.

How are you advertising?
Mainly Facebook targeted ads, as well as discussions on social FB groups, Twitter, Instagram, and a small bit on Reddit (very difficult platform to share on FYI).
I spent about $50 on FB the first 2 days, and will continue to use their simple services to Boost posts.  I also attempted to use a social influencer, someone who has hundreds of thousands of contacts/followers, to see if that has any impact.

Do you talk to your backers?
Yes, I reply to every single comment/question on FB, Twitter, IG, and of course the Comments section of the actual KS.  I feel it is extremely important to be personal with the groups, and let them know how important it is for them to enjoy your game.

How often do you post updates?
I have made the decision to do one post per day, at around 11 or midnight.  This is for two reasons...
1- To thank and appreciate all new backers, as well as backers who have stayed with the campaign.
2 - To showcase specific parts of the game that I feel players would like to know about.
I am doing these updates with just a paragraph or two of text, accompanied by a 3-5 minute video of the two points above.  Thus far it seems to be liked by the backers.  This also allows me to share the video on YouTube, and other platforms via linked youtube video posts.
Some people may say a post per day is a lot, which is why I am trying to make sure each post serves an educational purpose towards the game (not just backstory, but actual gameplay).

Do you think you will get "funded"?
At this point, I honestly don't know.  I can tell you I have put a lot of time and energy into creating this project, sharing it, playing it, and now advertising it.  The artist has done a fantastic job, with minimal compensation (focused on the Funded result).  No matter what, the plan is to keep at it until 2 days prior to end of KS, if it is less than 60% funded then it may be time to quit, regroup, and relaunch in the future once additional prototypes and plays have taken place. 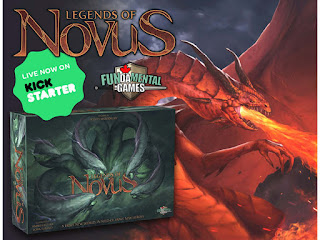 I never imagined, when first creating Legends of Novus, that I would put together so many versions of the cards and game.  I thought I would get it right the first time, then once I was given some feedback I thought it would be done the second time.
Well... lets look at some of the card versions again... 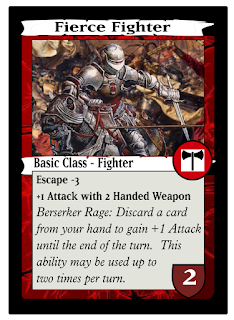 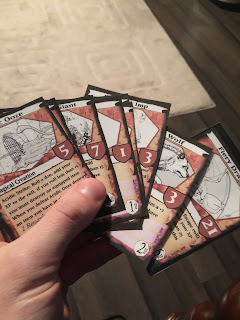 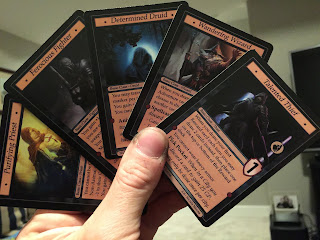 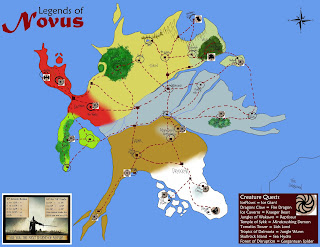 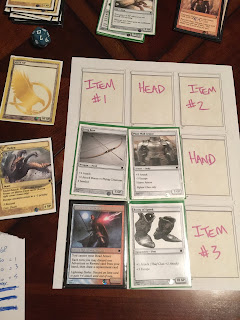 I had no idea what I was getting myself into, or how many hours I would spend revising and retyping and reconfiguring the components of this game.
From the map layout, to the card configuration, to the text / rules, to the *shudder* rulebook (6 complete retypes!).
I want Legends of Novus to truly strike home with the fantasy gaming community.  I have loved fantasy my entire life, and don't want to create a game that people don't even want to consider playing after looking at the components/rules.
With some amazing support from the lead artist, Andrea Butera, and much feedback from the game design community, the game is truly eye catching now.  Is it perfect?  no, I don't think there is any way to please all fantasy fans.  But does it do justice to the fantasy setting it inhabits?  Absolutely.  When I printed out the most recent versions of the game cards/components I truly felt like this was something that looks polished and professional.  After a few more validations of grammar, spacing, and graphic layout this game is ready for production (plus the final artwork replacements of course).
Printing out the new material this morning was an exciting moment, and using them to play some games at some games stores over the coming days will be the perfect leadup to the KS launch on Tuesday (with some photo ops of course).
Here is a pic of some the most recent prototype components of Legends of Novus... 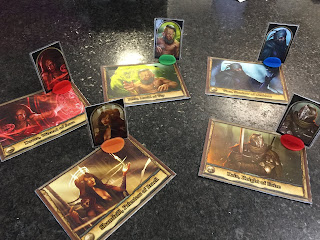 and a few digital images for higher quality viewing... 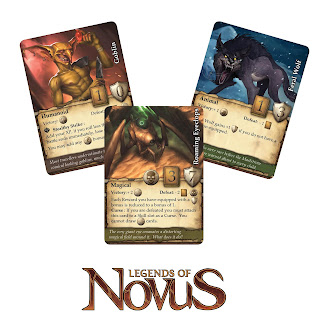 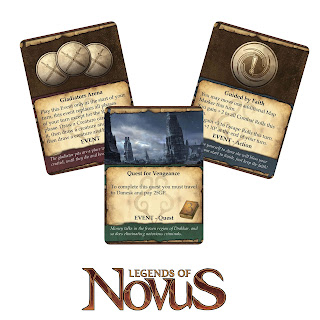 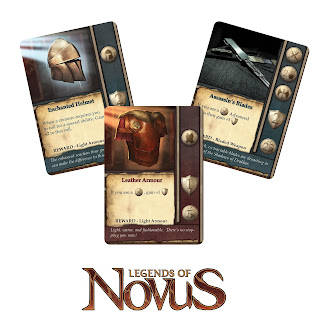 When making a game with a ton of cards, and unique pieces such as the dual layer character sheets, it may seem odd to offer a PnP as it would be expensive for gamers to assemble.
After some discussion with the PnP community, and observing other game KSs, I decided that LoN should still have a pledge level for PnP.  If you think about it, the cost can be kept relatively cheap as there is zero production required for them (other than making the PDFs, which is not complicated).

So LoN will have a PnP tier, for $6 USD, in the KS.  But prior to that the PnP community had a few people willing to create my game from scratch , so I made the files and sent it off to one of them.  This person, Martin Gonzalvez, had some great feedback on how to better alter the PnPs to meet the basic needs of the community.  I figured it best to share a few recommendations here:

1 - All card files should be on a 9card grid, with 1pixel wide cut lines running between them all.
2 - If you are including backs, they should be on the second page.  All cards will print best if they are centred with same size space around cards.
3 - Reminder cards and standees, and similar things with two sides, should be set so they can be printed and folded (with a dotted fold line).
4 - Arrange tokens so that two sided print images will line up perfect when cut.
5 - If making a game board, segment it into letter size sheets or smaller, and safe those PDFs.  You can still make a large PDF in case someone wants to print that way, but no required.

The game is ready for PnP, and one player already has it made.  Hope this helps create some more buzz about Novus!

Here is a sample of the PnP made by someone: 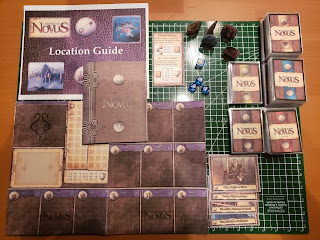